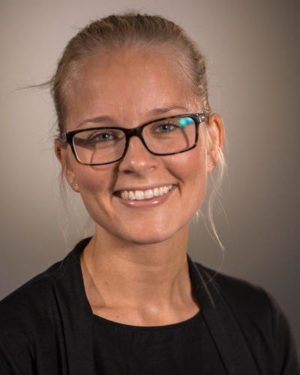 Ingrid Margrethe Halvorsen Barlund defended her PhD-thesis «A Legal Analysis of Leniency in the Interaction of Public and Private Cartel Enforcement within EU Competition Law» the 25th of January 2019 at the Faculty of Law, University of Bergen. She held her trial lecture on “The role of commitment decisions in the design of the enforcement system – with a particular focus on the impact on private enforcement” the 24th of January 2019.

In her thesis, Barlund examines how the Commission can assure the detection and deterrence of cartels by using leniency. Within EU Competition law, leniency entails that the Commission offers immunity or reduction of administrative fines to undertakings that blow the whistle on a cartel and collaborate in the investigation of the alleged cartel. The thesis deals with the question of what the scope of lenient treatment should be, both in terms of who should qualify for leniency, as well as what remedies should be included in the Leniency Notice. In terms of remedies, both follow-on damages actions, as well as the relationship between administrative fines and punitive, custodial sanctions are central in the thesis.

Barlund stresses that the Commission’s Leniency Notice does not work optimally today. She pinpoints better ways to encourage whistleblowing, without undermining the right to compensation for those having suffered losses due to the cartel, at the same time as the public interest of an undistorted competition is assured.

Important findings of the thesis are the suggestions of expanding the Commission’s Leniency Notice to include immunity from more sanctions, at the same time as introducing and harmonising more deterrent sanctions throughout member states.

Barlund argues in favour of including damages actions within the Commission’s Leniency Notice against a duty to assist with evidence in claimants’ filing of claims. According to Barlund, this will improve the assurance of the right to compensation, at the same time as it provides stronger incentives to blow the whistle. Barlund suggests to create a fund of parts of the fines collected through the public enforcement, to assure that claims are filed and covered, in addition to maintain an undistorted competition.

She further argues in favour of introducing and harmonising individual criminalisation of cartels, but excluding executives and employees of the undertaking having received immunity from prosecution. According to Barlund, this will create a stronger encouragement to turn to the authorities, and in the long run deter the creation of cartels from the outset, because the fear of loosing ones individual freedom is stronger than merely loosing financial strength.

Barlund has also examined the roles of ringleaders, coercers, instigators and external facilitators. Based on her findings, external facilitators should be sanctioned in the same manner as other cartel members, whereas ringleaders, coercers and instigators should be sanctioned as “aggravating circumstances” according to the Fining Guidelines of the Commission. None of these roles should, however, be excluded from immunity according to the Leniency Notice.

Lastly, the Commission should be more careful in providing lenient treatment to subsequent leniency applicants, in addition to not relying too much on leniency. Leniency should be perceived as a supplement to the traditional enforcement instruments of market monitoring and surveillance, and not a replacement. Only then will leniency work as it should in the fight against cartels.

Ingrid Margrethe Halvorsen Barlund (born 1986) holds a Master of Law at the University of Bergen from 2013. She worked as a junior lecturer before commencing her PhD in 2014 at the Faculty of Law, University of Bergen. Since autumn 2018 she has again been working as a lecturer, but will start her position as a post-doctoral researcher March 1 2019.