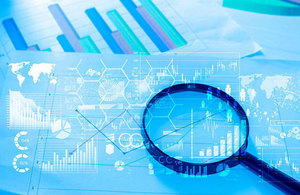 In recent years, there has been an ongoing debate about new competition law tools that could complement existing competition law tools. In the EU both the Digital Markets Act (DMA) and the Digital Services Act (DSA) have been heavily debated. At the same time there are countries such as Iceland and United Kingdom that already for many years have had a competition tool called “market investigation”. This is a tool that makes it possible to investigate a particular industry, and propose measures to correct any adverse effect on competition even if there is no established violation of the competition rules. Earlier this year, the Norwegian Ministry for Industry and Fisheries proposed that the Norwegian Competition Authority should be given the authority to perform market investigations, similar to the CMA’s model. So far such a new competition tool has not been implemented. The seminar invites to a discussion on the pros and cons of such a new competition tool. To do this, we have three distinguished speakers:

The seminar will also be streamed. The recording can be seen HERE.

Slideshows from the seminar: